When you upgrade your vehicle’s audio system, keep in mind the increased electrical demands that come with a bigger sound system. Your factory alternator might be enough, or it might not be able to handle the demand. The question isn’t usually whether you need a stronger alternator; rather, it’s about how much larger it needs to be and how much is too much.

You may believe it’s the battery that drives your car’s radio, headlights, and other electrical components. It’s actually your alternator that keeps everything running. But what exactly is an alternator and how does it work? 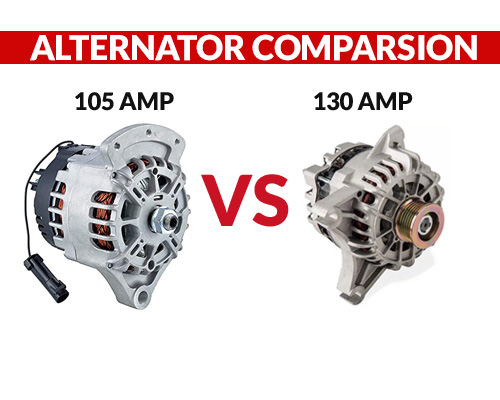 What Does an Alternator Do? Alternators last the life of your automobile, on average, but they don’t always survive. Heat damage, misuse, exposure to water, faulty components, and frayed wires are all reasons why your alternator might fail before your vehicle is scrapped.

How an alternator works A typical alternator attempts to draw the same horsepower drawing from the engine without taking into consideration the pulley size. When the alternator is slowed, only the system falls out of regulation at low speeds.

When the system falls out of regulation, it runs from the battery, consuming the battery while operating at lower speeds. When the engine is finally accelerated to a higher speed, the alternator steals additional horsepower in order to restore some charge into the battery. Slowing down an alternator in a typical system results in decreases in idle and low-speed power loading on the crank and increases high-speed load until the battery is fully recharged.

As a result, you should never reduce the alternator speed to the point that the output falls below 13.0 volts or so unless the upper RPM range is too dangerous for the alternator’s mechanical capabilities.

How the alternator produces electricity

The engine is at the beginning of the process of transforming energy into electricity. Alternators are driven by the engine’s crankshaft using a serpentine belt in most current cars, but older vehicles may have a different pulley connecting the crankshaft to the alternator. The alternator’s rotor is spinning rapidly within the stator due to the movement of the belt – mechanical energy.

The rotation of the rotor produces electricity. The magnets surrounding the rotor are carefully positioned to form a magnetic field as they travel over the copper wiring in the stator. This magnetic field, in turn, generates voltage that is collected by the stator. The voltage regulator then distributes power to the vehicle and controls how much voltage is delivered to the battery.

How does the alternator charge the battery?

The electricity coming from the alternator must be converted to a format that the battery can understand before it is used by the battery. Because electricity can flow in many different directions, this is necessary. Car batteries operate on one-way direct current (DC), whereas alternators create alternating current (AC) electricity, which periodically reverses direction. So prior to going to the voltage regulator, power intended for the battery is passed through a diode rectifier to become DC. The battery may then recharge as a result of this change. 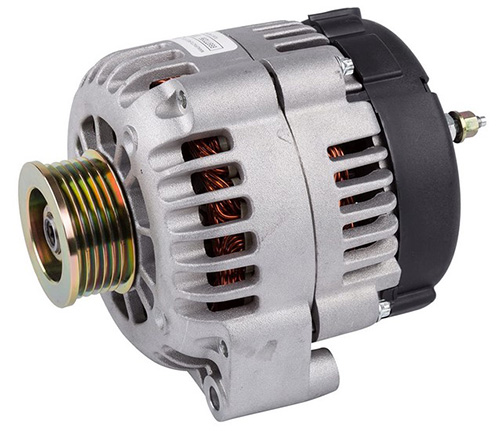 The first thing to consider is that the alternator is constructed of high-quality parts that have been thoroughly tested. Most of the important components of this alternator are lubricated to help cope with the pressure. This also helps extend its life significantly.

ACDelco is a worldwide brand that specializes in batteries, coolers, compressors, and other related automobile products. ACDelco alternators are made of materials that resist deterioration under any kind of severe conditions. The alternators are constructed from materials that do not decay easily, be it extreme weather or excessive use and tear.

The difference is that the new one outputs 14.2 volts, as compared to my old one’s 13.6 volts. That’s fantastic. The maximum output of this alternator is around 105 amperes. It also comes with a warranty, so you may rely on it if your car’s alternator gives you any problems.

After a few months, the alternator began to make whining noises in the car. It was somewhat distracting. Anyway, due to other outstanding characteristics, this product is also an excellent choice for you.

This is a fantastic alternative if you’re looking for an inexpensive and high-quality alternator. Alternators, on the other hand, have a shelf life of roughly 10 years. If you’re replacing an automobile’s alternator, go for a new one rather than an old one. Old or worn alternators don’t last long and can cause serious problems to your vehicle. It’s the best replacement for a faulty car alternator and is easy to do! ACDelco 335-1086 can be a wonderful option if you’re on a budget but don’t want to cut corners when it comes to the stable voltage output. It’s one of the finest alternators available, and it’ll give you greater performance and longer life in the long run. 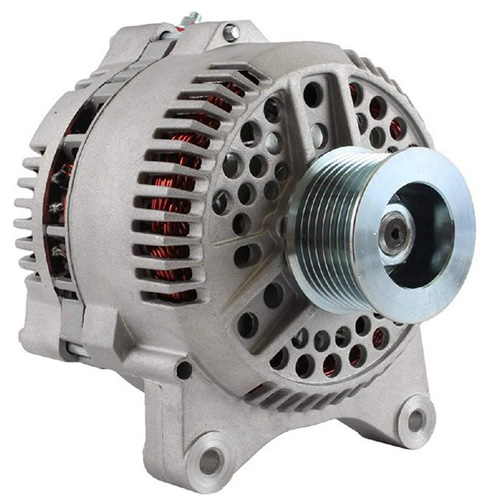 Another fantastic budget alternative for supplying power to your car’s battery is the Parts Player F-Series Alternator. While it is a large component, it is certainly capable and dependable enough to ensure that you don’t find yourself stranded on the side of the road. It’s designed to work with most Ford trucks manufactured between 1990 and 2003.

This product is ideal in every way and can provide complete satisfaction to each of its customers. Furthermore, the simple installation process allows users to replace all of their original factory components with ease.

The battery is an engine, and the alternator is its powerplant. Its amps are surprising given that it is set at a lower price. The component is sturdy, powerful, and outstanding at around 130 A. Each is composed of top-notch manufactured parts and machinery to assure a high-quality fit and design for automobiles and electrical components.

With this alternator, you may end up receiving what you pay for. Its lower price may make it less likely to endure as long. There have been claims that it might quit after a few months or if you travel over difficult terrain or operate it hard for lengthy periods of time.

How to make your alternator last longer Not all alternators are made equal. Some are built specifically for standard automobile usage, while others are intended for marine use or hybrid automobiles. When it comes to automobile alternators, you have the choice of using a new or remanufactured one, and both have advantages and disadvantages.

The most significant distinction between a new and remanufactured alternator is the price. If you choose to utilize a rebuilt alternator, you will save a lot of money. They can be as much as 25% less expensive than new ones, depending on the brand. Some of the best alternator brands are remanufactured with high-quality components; others are created with lower-quality parts, which may or may not make them particularly long-lasting.

NewAlternators are made to meet certain safety criteria, but a rebuilt alternator does not have to. If you choose a remanufactured alternator, ensure it’s from a reputable manufacturer. These businesses must maintain their reputation, and they will produce high-quality remanufactured equipment for their clients.

An alternator is a device that converts mechanical energy into electrical energy using alternating current. The alternator and battery power your car’s accessories. An automotive alternator has voltage regulation, a stator, rotor, and diode. When you start your automobile with the ignition, the battery sends electricity to the starter.

The starter then turns the alternator belt using the accessory drive. The pulley on the alternator is turned, which causes the alternator rotor to spin rapidly. The stator consists of a group of magnets and copper wires that are enclosed in a grouping of steel coils called the rotor.

Marine alternators are similar to automobile alternators in operation. They are, however, designed to function in a salty sea environment. Because they are explosion proof, they are less prone to catch fire when gas mixes abound in a boat’s equipment room. More than one alternator is required on larger boats to meet increased electrical demands. You don’t have to be concerned about a big amp alternator feeding too much power into your ECU or any other element of your electrical system.

The amperage rating on an alternator refers to the maximum amount of current that the device is capable of producing, not the constant amount. If you add up all of your vehicle’s electronics and find that they draw only 60A, then your 300A behemoth will provide only 60A.

The way things work now is that each electrical component draws only the amount of amperage it need to operate. So, while a strong amplifier may consume 150A, you don’t have to be concerned about your lovely LED headlights going out as a result of the same 150A flowing into them.

To figure out how much amperage a component will demand, divide its wattage by the system’s voltage. Even if your big amp draws many times more than that, basic 50-watt headlamps will only draw 4A (50W / 13.5V).

The alternator is one of the most crucial elements in your automobile. When the alternator goes bad, it has a variety of consequences. As a result, you should be attentive to indicators that your alternator is failing and have it replaced as soon as possible.

That is why knowing how to change the alternator yourself and selecting the best alternator for the job are both essential. It’s also crucial to verify whether or not it fits your automobile. The selection process of the finest alternator will no longer take much time as a result of the comprehensive buying advice and review above.