Want to take your 6.6 Duramax performance to another level? Want an increment in HP and mileage? Then you need a good-quality cold air intake for your diesel engine. 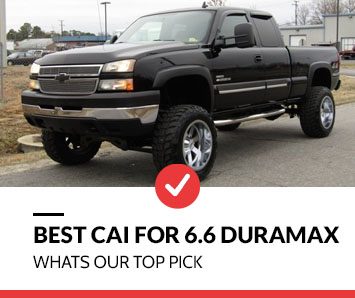 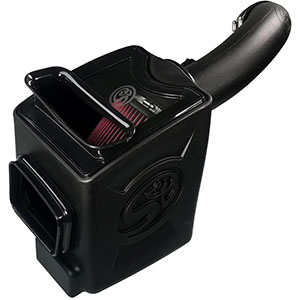 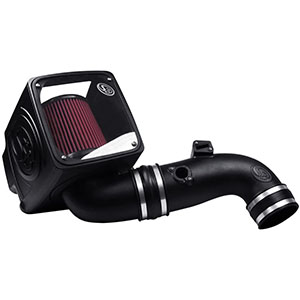 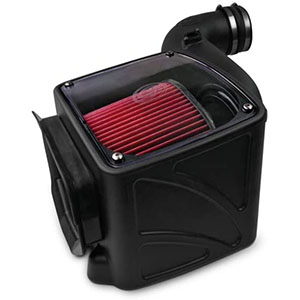 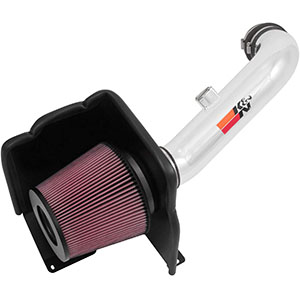 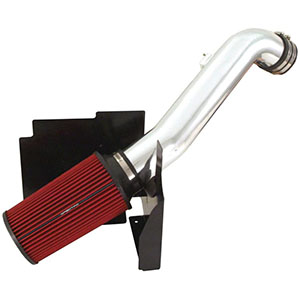 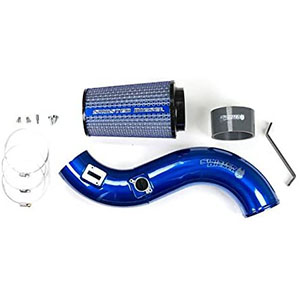 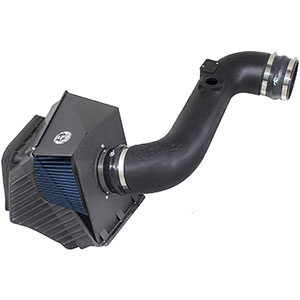 The S&B cold air intake is one of the top-rated products in the market. Considering the build, standard, performance, & user reviews, we recommend this product as the best overall cold air intake for your 6.6 Duramax diesel engine.

It contains high-quality silicone material in each of the components. Including the filter. The build is unique and smooth, unlike traditional CAI systems.

As for performance, the smooth bend ensures more than 43% additional airflow with over 99% efficiency. And this helps to increase your engine HP by 15-20 units. Just add about 81 grams of engine oil to the filter element to get it going.

The 6.6 Duramax is a widely used diesel engine. It’s performance, durability, & reliability have won the hearts of many users. And a proper cold air intake system may add to the tally.

If you’re a vehicle geek, you probably know about the importance of CAI systems. But if you’re new to all these, the following section is for you. We’re going to briefly discuss the benefits of having a cold air intake system on your 6.6 Duramax.

First and foremost, a cold air intake system improves your engine power. A good-quality intake system optimizes the intake air quality. That means better filtration and a higher airflow rate. And this high amount of filtered air contains a higher percentage of oxygen.

This air mixes with your fuel and leads to better combustion and controlled cycles. Which, in the process, produces a fewer amount of carbon residue.

This saves a good amount of fuel in the process. So adopting an improved CAI can cut-back on your expense.

Better engine performance is associated with improved sound. Adopting a cold air intake may allow your engine to run with a satisfying growl. And the cool thing is, you’ll notice the difference immediately!

Want some proof? Check out this cool video and find out how your Duramax 6.6 will sound.

How Much Horsepower Does a Cold Air Intake Add to 6.6 Duramax?

To find out the exact amount, we’re going have to journey to the manufacturers’ websites first. Let’s take a look at the dynamic test results of some of our top choices.

Increases up to 20 HP in your 6.6 Duramax engine. See the test results for yourselves.

Test results here. Gains more than 15 HP for your Duramax.

From the Dyna test results, we can see it increases by 15.22 units. Check the results 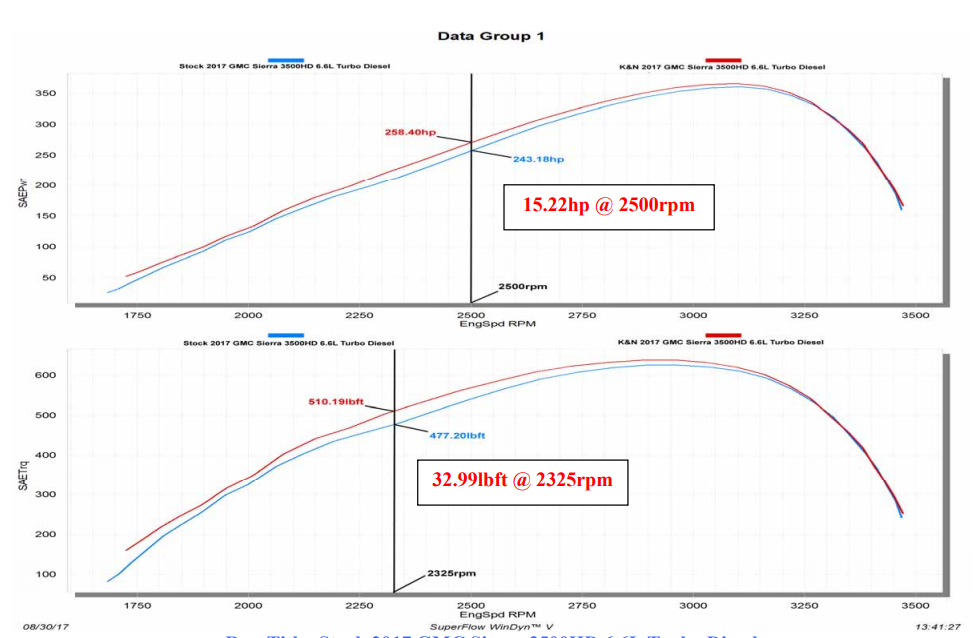 Horsepower gains based on specific or similar vehicle dynamometer test. Results will vary. For more information, lookup vehicle and/or testing protocols at KNFilters.com

Now that we know about the benefits and performance enhancements, it’s time to take a look at some of the best Duramax CAI systems. We tried to keep them short & precise with the necessary pros & suitability with different models. Let’s take a look.

We recommend the S&B 75-5103 as the best overall cold air intake for the Duramax 6.6L. It’s well within the affordable range, boosts performance, & perhaps, the best sounding CAI upgrade in the market at the moment.
It contains high-quality silicone material in each of the components. Including the filter. The build is unique and smooth, unlike traditional CAI systems.
As for performance, the smooth bend ensures more than 43% additional airflow with over 99% efficiency. And this helps to increase your engine HP by 15-20 units. Just add about 81 grams of engine oil to the filter element to get it going.
This premium cold air intake produced by S&B follows the ISO 5011 standard. Designed specifically as 2017 - 2019 Silverado 6.6 Duramax cold air intake.
Also Serves As: best cold air intake for L5p Duramax (try the 75-5135 model for better results with L5p)
S&B 75-5103 Cold Air Intake For 6.6L Duramax
Technical Specifications:
Fitment: 2017-2019 Silverado/Sierra Duramax
Engine Compatibility: 2017-2019 Silverado/Sierra Duramax L5P with 6.6L
Airflow Improvement: +43.86%
Value for money: 🔥🔥🔥🔥🔥
Purchase link: Buy your S&B 75-5103 Duramax 6.6L Cold Air Intake For 2017-2019 Silverado/Sierra at Amazon!
Pros
Gain up to 20 HP
43.4% more airflow
99.42% efficiency rated
Durable Silicone Parts

The S&B 75-5075 Duramax CAI is the predecessor of the 5103 model. This model was developed for the earlier models and is still on the market.
This one also had a silicone body for maximum performance and durability. Allows easy airflow to the engine. Your engine will receive up to 29% more airflow through this CAI.
It has an oil cleanable filter with 8-ply cotton layers. Provides sufficient filtration without choking your engine. Overall, it can increase your engine performance by around 15 HP.
Compatible With: 2011-2016 Chevy, GMC Duramax 6.6L
Technical Specifications:
Fitment: 2011-2016 Chevy/GMC Duramax
Engine Compatibility: 2011-2016 Chevy/GMC Duramax LML with 6.6L
Airflow Improvement: +29.1%
Value for money: 🔥🔥🔥🔥
Purchase link: Buy your S&B 75-5075 Cold Air Intake For 2011-2016 Chevy/GMC Duramax 6.6L at Amazon!
Pros
29% more airflow
Silicone parts to last longer
Oiled cleanable cotton filter
Avoids engine lights

The 75-5080 model from S&B was developed for an earlier series of Duramax diesel engines. You can use it as the best cold air intake for Duramax lb7 and similar models.
Much like its successors, this model also had a silicone body. That ensured longer durability & functionality. What’s amazing is that this model significantly increases airflow into your engine. Letting in 50% more air than other cold air intakes.
It also has a cotton fiber filter that you can easily clean. Boost airflow to 2006-2007 6.6 Duramax models.
S&B 75-5080 Cold Air Intake For 6.6L Duramax
Technical Specifications:
Fitment: 2006-2007 Chevy/GMC Duramax
Engine Compatibility: 2006-2007 Chevy/GMC Duramax LLY-LBZ with 6.6L
Airflow Improvement: +50.15%
Value for money: 🔥🔥🔥🔥
Purchase link: Buy your S&B 75-5080 Cold Air Intake For 2006-2007 Chevy/GMC Duramax LLY-LBZ 6.6L at Amazon!
Pros
50% more airflow
Made with premium silicone parts
Efficient oiled cotton filter
Heat resistant

This K&N cold air intake is one of the best products for your 6.6 Duramax diesel. Considering everything, we recommend it as a possible premium choice.
It has a superior build and an efficient filtration system. Allows in more airflow than the conventional cold air intake systems.
With 50% more airflow, you’ll likely see an improvement in HP and acceleration. From the Dyno tests, an increment of 15 HP was seen. So you may have an easier time towing uphill. Besides, it’s one of the best sounding CAI systems for Duramax.
The product offers very high service life & performance. You may use it for your 2017 - 2019 Silverado 6.6 Duramax and similar models.
Technical Specifications:
Fitment: 2017-2019 Chevy/GMC
Engine Compatibility: 2017-2019 Chevy/GMC 2500/3500 HD with 6.6L V8 Diesel
Output: 258+ HP
Value for money: 🔥🔥🔥🔥
Purchase link: Buy your K&N 77-3101KP Cold Air Intake for 2017-2019 Chevy/GMC 6.6L V8 Diesel at Amazon!
Pros
10 year/Million-mile warranty
50% more airflow
Better acceleration & Uphill towing
Easy to maintain
Better engine sound

A cold air intake system will certainly improve your vehicle’s performance. However, there are different CAI systems for different engine models and years. So here are a few things that may give you an easier time making the best choice.

You may choose between an oiled and oil-free filter. Oiled filters catch more dirt and dust, improving performance. But they’re a mess to clean up. Requires additional engine oil. On the other hand, dry filters are easy to wash and cost-effective.

Compatibility with your vehicle model is a key issue. You wouldn’t want a CAI system that barely matches your vehicle build year. Because then you’ll have fitment issues and may void your warranty. Also, poor compatibility reduces performance.

Remember, you’re doing all these to improve your engine’s performance. And better airflow ensures better performance. So look for a CAI with test results showing significant improvement in airflow. Better airflow improves HP, acceleration, torque, and other performance parameters.

How to Install Cold Air Intake for 6.6 Duramax?

Now that we know about the benefits, top tier products, & some of the essentials, we now set our focus on how to go through the changing procedure.

Changing a CAI system is easy and you can do it in under an hour or so. Here’s how to do it.

Finding it hard to visualize? We understand. That’s why we’re featuring this amazing video for you to follow step by step.

They do! It’s not just the claims from manufacturers. Users are highly recommending the CAI systems. And if you’re looking for an instant difference, just wait till you hear your engine roar.

How much horsepower does a 6.6 Duramax have?

Will a cold air intake make my turbo louder?

Chevrolet
Best Silverado 5.3 turbo kit: The Best Turbocharger for 5.3 vortec
1 min read
Categories
Recent Posts
Categories
We use cookies to ensure that we give you the best experience on our website. If you continue to use this site we will assume that you are happy with it.OkPrivacy policy